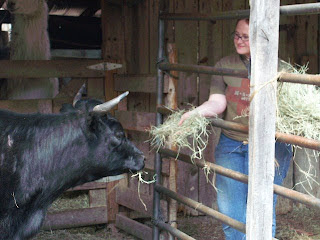 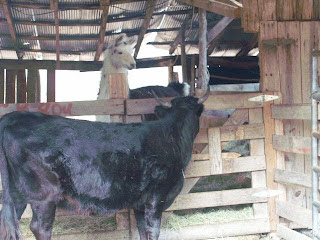 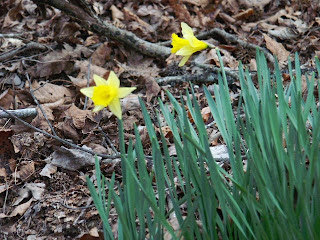 Some people were giving away seed, others were trying to deal to get the special thing they wanted. Everybody wanted to trade. Many people brought things other than seed to trade. One glowing young man gave me a crystal he had harvested near Hot Springs.
Nobody wanted to miss out on getting the seeds they needed to complete their garden, or the rare heritage plant that was only passed from hand to hand. Soon the conference room was so jammed with people you couldn't move. Everybody was talking seeds and plants and heritage. The stories were flowing. It was like being at a party where everyone wants to be in the kitchen.
When I left at 3:30, people were still sharing ideas and history and bits of nature.
Posted by Jenonthefarm at 7:32 PM

Nice looking heifer. Congrats. Why her and not a Jersey or something?

If your address is not a PO box in Fox anymore, I need to know QUICK.