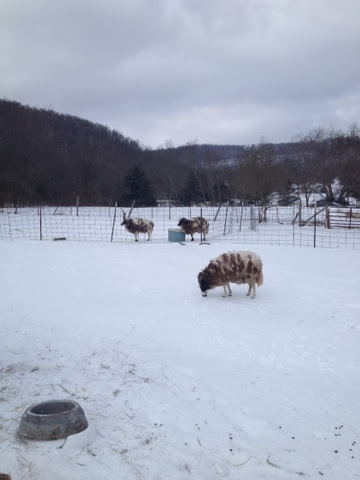 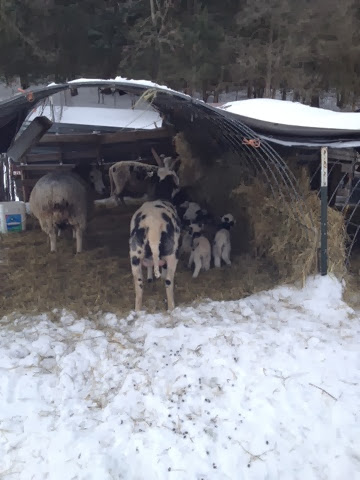 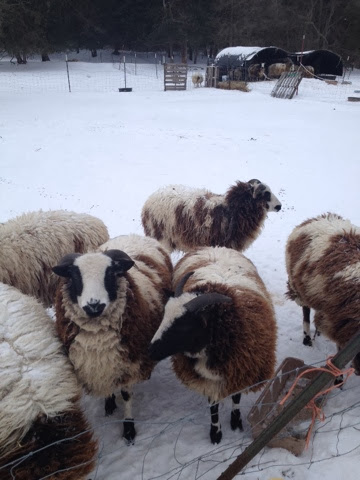 Finally, about midnight, the precipitation change to a light and fluffy snow.
We started morning chores about 6:30, doing them in shifts with the wind chill so low. The stuff covering the ground is crusted over, frozen hard and easy to walk on. There is ice covered with ice pellets, covered with ice and powdered with snow on top. It's not supposed to get above freezing for several days, so at least we have the current consolation that this stuff is easy to get feed through.
Even though I had flipped the feed pans after last nights chores, I still had to chisel them out of the ice this morning. We've hauled buckets of hot water from the bathtub to everyone this morning and will start a new round of water buckets shortly.
Now, all the sheep, goats, horse and llama are tucked into well bedded shelters out of the wind. The humans, dogs and cats are warming up inside the house. And I think we are all hoping this is the last round of "wintery mix" for this season.
Posted by Jenonthefarm at 9:57 AM