Take time to enjoy the people in your life, too

I know this blog is about sheep and gardens and the sunny side of life. That really is how I view life. But today, I just have to be a little more serious. I was at a goodbye potluck for our park superintendent when I got a call from my brother. I have two brothers. I love them both dearly and ever time we get together, we are amazed at how much we enjoy each other's company. But we only get together about once every two years, and we don't talk on the phone too much more often.


I could tell from his voice something was wrong and so I stepped outside to talk. He told me about the fire that had started a few hours before near my parents house in Black Forest, Colorado. This is my parents dream house. They bought the land in 1974 and had saved and planned and worked on it for years. Finally, in 2001, they began building. Eventually what they built was big and tall, full of light from the windows that bracketed a glorious view of Pikes Peak. The light natural wood interior showcased their collections of treasures and memories from a lifetime of travel around the world. The house is really huge and as they developed it, it became a home for both my parents and my brother and sister-in-law.
My youngest brother had not been able to reach my parents. While he and I spoke, he got a call from my other brother. He and my sister-in-law had gotten out, with their cats and were at my brother's office. They were going to go stay with friends. They said mother and daddy had gotten out too, and were headed to the evacuation center. 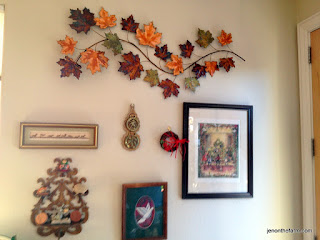 Just two days ago, in our usual Sunday phone conversation, my mom had told me about further fire mitigation that my dad was doing. Every year, they've cut down pine trees and cleared the property. They've hauled probably hundreds of pines off the property, some of them beetle killed and some of them to thin it out for the health of the trees. The whole property still is beautifully wooded pine forest. My dad had cut down all the smaller pine trees within 30 feet of the house and loaded them on the trailer. He was waiting for my brother's help to take down the larger trees inside that 30-foot recommended perimeter.
Shawn and I came home and went right to our computers. What we found on the Black Forest fire was terrifying. The video in that link made me realize that my dear friends Kris and Val had likely lost the Table Rock Llamas store, one of the most wonderful fibery places on the planet. Their store is less than 500 yards from where the video shows and about a mile from my parents house.
The whole scenario was somewhat deja vu. About this time last year, we had fretted while Shawn's daughter and her family were evacuated during the Waldo Canyon fire. This branch of our family just moved to Greensboro, NC, last week.
Shawn finally got through to my parents on their cell phone. They were at the evacuation center.
My dad said everyone there was being very helpful, making sure they had their medicines and any food they needed. I was very relieved to hear they were being taken care of. I called my brother back and told him in the course of our conversation that I wished they would all leave fire-ravaged Colorado. Having to go through the stress of worrying about family every fire season was getting tiring. He retorted with a very valid comment about watching the weather radar every time there are tornadoes reported in Arkansas and wondering if my family and I were under the dark purple areas, or just in the bright orangy red areas. And then for good measure, he reminded me that Shawn's daughter and her family had just gone through their first hurricane warning in their new home. Life is not safe, we agreed.
Life is not safe. Your family and friends are more valuable than any treasures. Take the time to spend time with them. Nourish those relationships and maintain those connections. Life is not safe no matter where you are.
Please send prayers, thoughts and energy to all the folks in Colorado right now dealing with the devastating wildfires.
Posted by Jenonthefarm at 5:34 AM