Wrapping up the G year

I'm sitting on the porch watching the angora goat flock graze in the early morning light. The babies aren't coming out to graze yet, they are still staying back in the shelter of the trees. Tilly and Pequena had babysitting duty, but then Eve went back in to relieve them so they could get some breakfast before it gets hot. 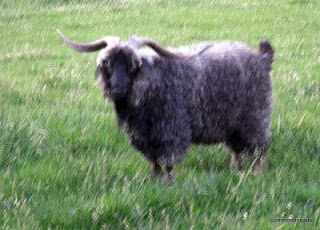 We didn't breed very many of any this year, with only 5 acres we have to manage the flocks pretty strictly. Sultan is our new angora buck. We have Gamma, Gadget, Gizmo and Glitch from him. The little boys will be wethered here in a few weeks and then we'll keep them through at least their first two shearings. I love my kid mohair. 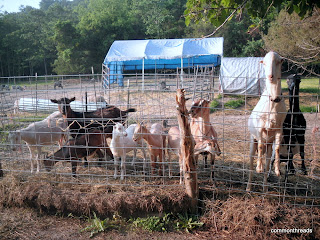 In the dairy goat flock, Footsie has proven to be a good buck and we have 5 nice daughters from him. He's paid his way for another year. This year we gave away all the little bucks as soon as they were well started. I like the way it worked and plan to do that next year. So the dairy goat G's are Ganymede, Gemini, Ginger, Gabriella and Geo. They were born in February and other than their propensity to run on roofs, they think that they are all grown up. 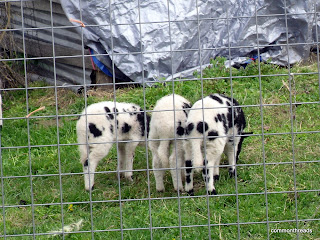 In the sheep world, we only had two surprises. Nilly had Gift and Flora had Gloria. But I still think Dan may get a double walled pen this breeding season. We have so many of his daughters that I don't want bred back. Dan also gave us Greta, George, Gypsum, Skittles and three little boys. If we change our mind and decide to keep Skittles she may need a G name.

In all, it's been a Good year and we're done with g-name babies.

Posted by Jenonthefarm at 5:48 AM